Every May, the Studentenwerk Dresden organizes the Dresdner Studententage (Dresden Student Day event). The event features various formats and attractions for the university students to enjoy. For it’s 25th anniversary in 2016, the organizers put together the UNI AIR Band Contest.

For over 12 years, the band contest has taken place as a main showcase of the festivities. There are normally 7 bands that compete against each other in front of an audience of 4,000 people. They are only allowed 20 minutes of playing time.

The 3 best bands are offered a prize money reward from Studentenwerk Dresden to support the musicians in furthering their musical passions. Feedback, ranking and evaluation of the bands is equally divided among a jury panel and the audience. As soon as all bands have finished playing, voting and evaluation will start in order to select the winners. All of this done in same evening!

From Pen to Touch Screen

Previous events saw audience and jury members alike vote for their favorite bands using pen and paper surveys. This meant that the organizers had a herculean task of collecting, analyzing and providing results – all within the time-frame of one evening!

The classical but costly pen and paper method of collecting needed an upgrading to match a growing audience and the tech skills of the student body.

Spectos was approached by the organizers for their simple but innovative Feedbackstr solution. By combining QR codes, website links and two-floor stand terminals, the event organizers ensured a faster recording and evaluation of votes, all done in real-time!

The two-floor stand terminals were placed on the edge of the concert venue and were only accessible during voting designated times. It was of no surprise to Spectos and the organizers that the students used all channels, including the floor terminals, in their evaluation of the bands. 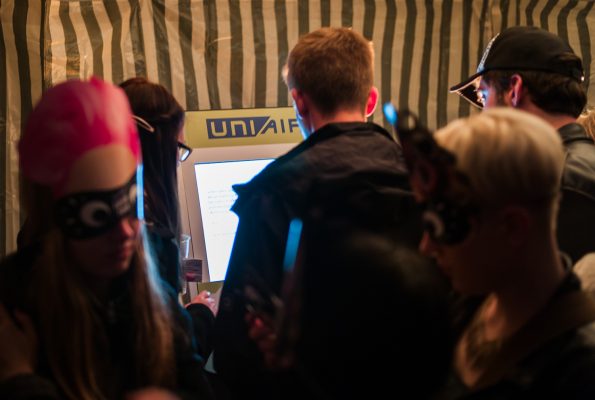 Instantly, the winners were announced! In total, more than 750 audience reviews were collected and evaluated within a one hour time frame. The number of responses from the QR-Code flyers was over 400 and via the floor stand terminals collected over 300 responses.

Following the successful implementation and positive experience of the Feedbackstr solution for organizers and audience members alike, the organizers have called upon Spectos for their expertise in the years since. 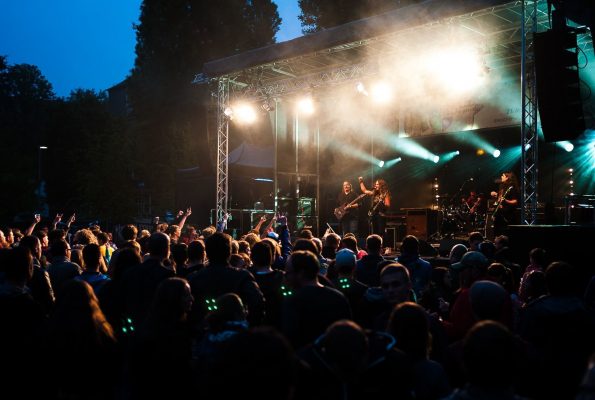 Feedbackstr. is a modern valuation tool that enables us to gather audience opinions for our valuation bands within a short period of time. The valuation tool is simple and user-friendly. Due to different access possibilities (QR-Code, short links and two terminals) a large number of concert visitors are encouraged to vote.

Feedbackstr. is a modern valuation tool that enables us to gather audience opinions for our valuation bands within a short period of time. The valuation tool is simple and user-friendly. Due to different access possibilities (QR-Code, short links and two terminals) a large number of concert visitors are encouraged to vote.

Start DEMO now!
Back to Customers

Our experts look forward to your inquiry.